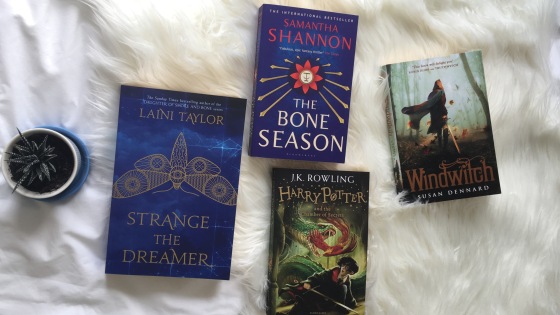 It might seem an odd thing to say, but I really enjoyed April this year. I had such a lovely Easter and it was just a good month in general, with quite a few public holidays and shorter working weeks. It’s also starting to get raining and gloomy in Melbourne, and while I know most people don’t like cold weather, I really love it. Rainy days always make me want to curl up with a book, and I’m looking forward to the colder months.

I’m pretty excited about my book haul this month, and there are so many great new releases coming out during the next few months that I’m looking forward to adding to my book collection. I’ve got such a long list of books on my wish list though, I don’t think I’ll ever be able to get through them all, but I’m happy to give it my best shot!

Paige Mahoney is a dreamwalker, she breaks into people’s minds for information. Set in a dystopian world, Paige works in the criminal underworld of Scion London. But it is not a safe world for Paige and danger is always looming, for being a clairvoyant means that she commits treason simply by breathing.

When I saw the cover for Samantha Shannon’s The Bone Season on Instagram I thought at first it was a thriller or mystery and it wasn’t until reading the synopsis I realised it was in the fantasy genre. I’m so glad I read the synopsis, otherwise I’d likely never have picked it up. It was a case of judging a book (or at least its genre) by its cover. I really like the premise of this book though and can’t wait to read it.

Harry Potter and the Chamber of Secrets

Continuing on with my quest to own a full set of Harry Potter, I’ve now got the first three books. I’m enjoying the reread so far, and think I will just buy the rest of the books all in one go next, and aim to read one each month. It’s hard to believe I haven’t read these books in so long, it’s so much fun returning to J K Rowling’s magical world.

Following Harry’s second year at Hogwarts, Harry Potter and the Chamber of Secrets is admittedly probably my least favourite book in the series. Harry and his friends find new dangers to face in their second year, with new characters introduced, one of my favourites, and I’m sure many others, being Dobby. 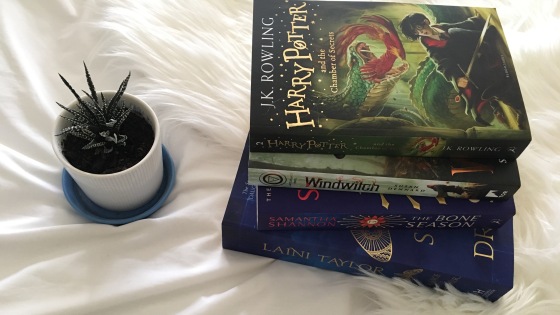 I read the first book in the Witchlands series, Truthwitch, earlier in the year and really loved it, so was really keen to get the next in the series. The first book introduced some great characters that I’m looking forward to following in this new instalment, and seeing what happens next. If you haven’t read Truthwitch yet I highly recommend, I only hope Windwitch is just as good.

Susan Dennard has created a world of witches and magic, with countries on the brink of war and two friends with a habit for finding trouble. This series follows multiple characters and Windwitch picks up straight from where Truthwitch left off, with new enemies and unlikely allies.

I read Daughter of Smoke and Bone by Laini Taylor last year and loved it, and while I have yet to read the rest of that series, I was pretty happy to see her new book, Strange the Dreamer in the bookstore. I’ve seen quite a few people raving about it on bookstagram, so I have high hopes for this new series.

Lazlo Strange has been obsessed with the mythic lost city of Weep for years, and when the appearance of a group of legendary warriors presents him with the opportunity to find out more, he seizes his chance. Laini Taylor has created a mysterious new world filled with dread and wonder, and new characters to fall in love with.

What was in your April book haul? 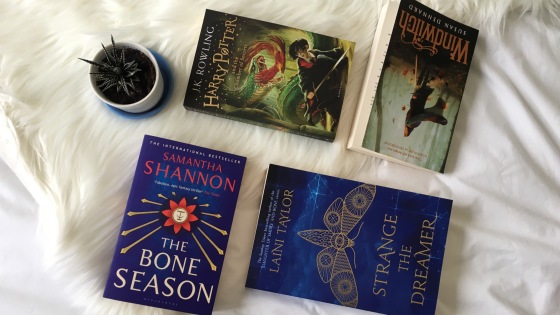 Recent Posts: Somewhere Only We Know